“The original Freedom Planet was modeled as a tribute to Sega Genesis platform games. We've learned what works and what doesn't, what's fun and what's frustrating, what we should expand on and what we can afford to lose. With all of this in mind, we feel that we are ready to bid farewell to nostalgia and create a sequel that will define Freedom Planet's identity as a franchise.” 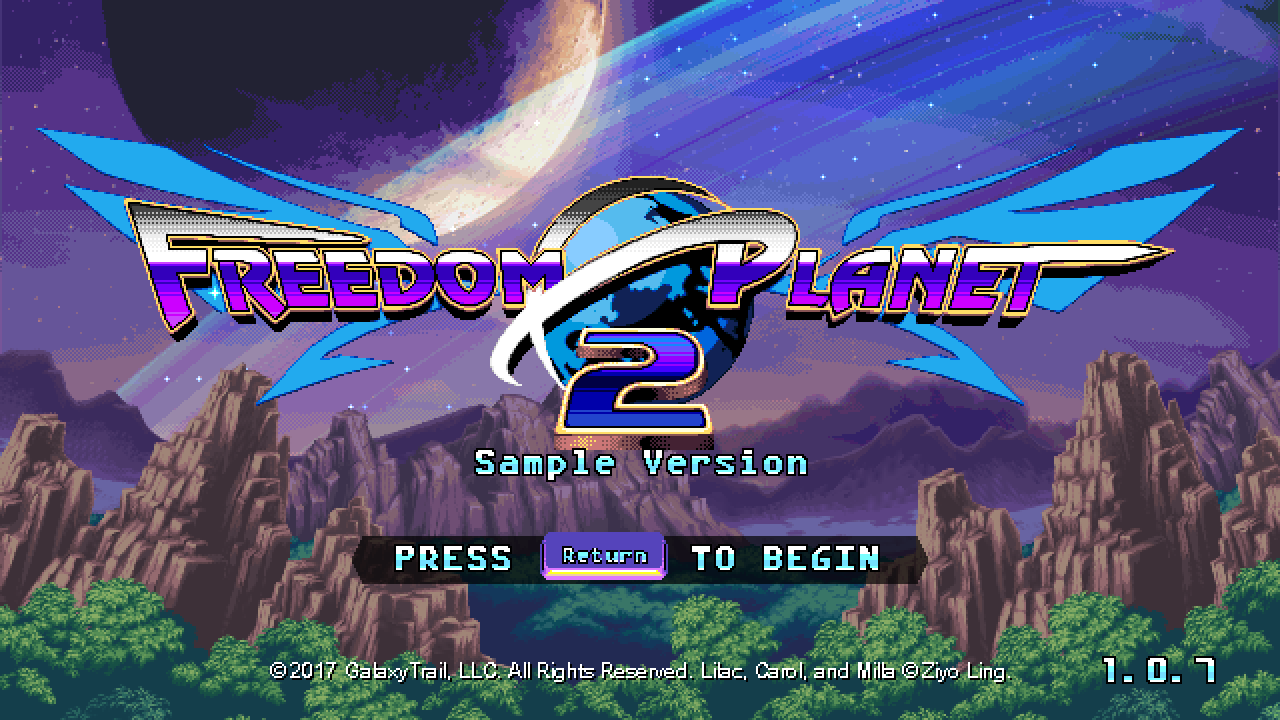 Get the Demo Now!

Freedom Planet 2 is a new game from GalaxyTrail, LLC, sequel to the breakout hit Freedom Planet. This is an independently developed video game created from the skills and talents of multiple like minded developers, artists, voice actors and writers. In Freedom Planet 2, Lilac, Carol and Milla team up with their once rival Neera to face a new threat awakened by the destruction of the Kingdom Stone. As Bakunawa rises, will the girls be able to stand united while their friendships and loyalties are tested by the secrets about to be revealed to all of Avalice?

GalaxyTrail began in 2011 as a one-person dev team by Sabrina DiDuro, a.k.a. Strife, but starting with the development of our first commercial game Freedom Planet, we've expanded our ranks quite a bit.

We're now an international team of designers, coders, musicians and vocalists who make magical things happen when grouped together. We're known best for our action platform games, but we also offer publishing assistance with smaller developers.